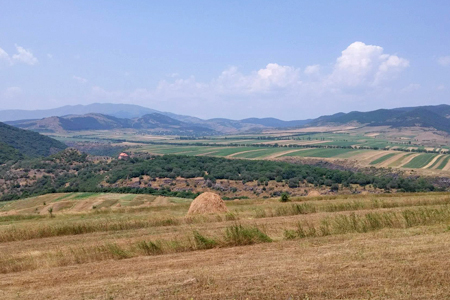 Georgian civil and political society are joining forces to save one of the oldest gold mines in southern Georgia and prevent Russian gold and copper mining company RMG Gold from expanding there.

For this reason, 14 Georgian political parties established the Dmanisi Survival Foundation and participated in an auction announced by the Georgian Ministry of Economy and on March 20 won 16 hectares of land in the village of Didi Dmanisi of the municipality. by Dmanisi.

The foundation is obliged to transfer the sum to the Ministry of Economy within 45 days and sign an agreement, otherwise the results of the March 20 auction will be canceled and the winner will lose the already paid guarantees worth 3,750 GEL (around $ 1,540 / € 1,253 *).

Three participants in the auction – RMG Gold, Dmanisi Survival Foundation and an “interested party” – made bids for the land.

Note, the Georgian Ministry of Culture gave the green light to RMG Gold to extract gold from the Sakdrisi mine in 2014. The Sakdrisi gold mine is one of the oldest gold mines in the world and dates back almost 5,000 years. German and Georgian archaeologists have been excavating the site since 2006.

A group of archaeologists and non-governmental organizations (NGOs) objected to the company’s intention to launch an open-pit mine at the site. For a time, RMG Gold’s activities in Sakdrisi were halted but government authorities allowed RMG Gold to resume mining at the controversial site.

In 2013, the Ministry of Culture revoked the status of the Sakdrisi mine as a place of cultural heritage, saying the site had been enlisted following procedural violations. The ministry decided that the site should retain archaeological site status, but after three months that status was also removed.

As the site was removed from the list of protected areas, RMG Gold was able to proceed with mining operations on the site.